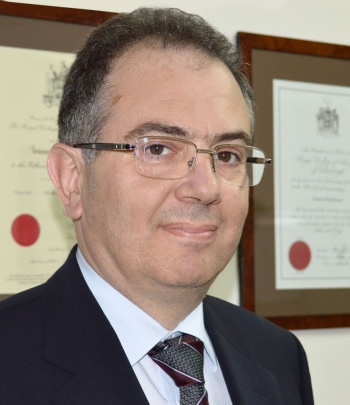 Dr. Hadjiloucas graduated from the University of Manchester's Medical School in 1992.

He completed his surgical training in the United Kingdom and he is a Fellow of the Royal College of Surgeons of Edinburgh since 1996.

He also worked as a Research Fellow at the School of Biological Sciences of the University of Manchester in the field of molecular biology and cancer studies.

For his work in this field, he was awarded the title of Master of Philosophy (MPhil).

He worked as a Consultant Surgeon at Macclesfield District General Hospital from May 2007 until August 2011, when he returned to Cyprus.

He is a Fellow/ member of the following:

Association of Coloproctology of Great Britain and Ireland.