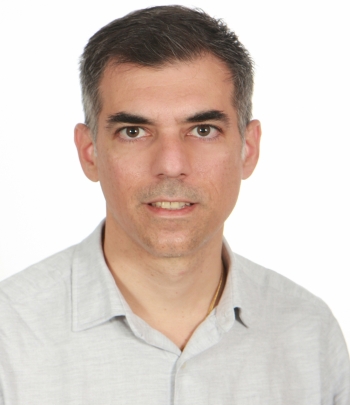 Dr Angelos Kyriacou obtained his bachelor in Medicine and Surgery (MBChB) at the University of Manchester (UK) in 2005. Thereafter, he worked at the North West of England until the end of 2015. In 2009 he became a member of the Royal College of Physicians (MRCP – Edinburgh College). He completed the Specialty Exam (SCE) in Endocrinology & Diabetes in 2012 and was awarded the Certificate of Completion (CCT) of training in 2014 in General Internal Medicine (GIM) and Endocrinology and Diabetes. Moreover, he was elected as a fellow of the Royal College of Physicians of Edinburgh in 2019 (FRCP (UK).

He previously worked as a Consultant in Endocrinology and Diabetes at Salford Royal NHS Foundation Trust (Greater Manchester, UK) from 2014 until 2015. He still retains his affiliation (Honorary Clinical Consultant Contract) with the aforementioned hospital to this date. During the period of 2014-2015 he completed a Clinical Fellowship in Thyroid diseases in the North West of England which is among his special interests.

Dr Kyriacou is involved in teaching and training of medical students, junior doctors and colleagues alike. He has completed a Master’s degree (MA) in Post-Graduate Medical Education (Clinical Education, Edge Hill University, UK, 2018). His dissertation thesis was on “Online health information seeking behavior by patients prior to their outpatient appointments in endocrinology”. He is a Scientific collaborator with the European University of Cyprus and responsible for co-ordinating and delivering teaching in Endocrinology & Diabetes for year 4 medical students.

He has also got ongoing involvement in research and has so far published over 35 articles in various peer-reviewed journals or conference proceedings. He currently collaborates with colleagues from the UK, Cyprus, and elsewhere in Europe, for research and academic purposes. He has also authored a book chapter titled 'Thyroid and weight' in the medical textbook 'Practical Guide to Obesity Medicine' (Elsevier, 1st edition, 2017).

Since his descent in Cyprus in late 2015, Dr Kyriacou has been working in CEDM Centre of Endocrinology, Diabetes & Metabolism (for more, click here) whilst also affiliated with Ygia Polyclinic in Limassol and Evangelismos Hospital in Paphos.

Back to Associated Doctors